One of my new year's resolutions is to sell my jewelry to at least two stores or galleries. I got right on it this week by visiting several nearby boutiques and e-mailing various shops around the country.

There's a "downtown" area about a mile-and-a-half from me that has dozens of nice restaurants and interesting shops. Most of the clothing stores are small boutiques and are privately owned, rather than being part of a chain. There are a few popular brand stores, like Sephora and Banana Republic, but you can get some unique items in the other shops.

I popped into every boutique, as well as a couple of salons that sell jewelry. At first, it was intimidating, but I simply looked the managers in the eye and explained who I am. It's not like I had anything to lose. I knew that the world wouldn't fall apart if they turned me down.

So far, my quest is... not going well. A few stores asked me to return when the owner was in, but didn't think their bosses were interested in buying from new vendors. I hit up a high-end hair salon twice because there is a funky shop attached, but the shop owner never seemed to be in. She's there once a week... and seemed to be "out" every time I called. I finally went down there in person and handed over my card. I'd really like her to see my glass pieces in person, but I also don't want to be a pest. I figure I can always return.

One shop owner really liked my jewelry, but ultimately decided not to purchase anything. I think it's mainly because my pieces are priced a lot lower than the rest of her jewelry. But she was incredibly nice and gave me the names of some other boutiques that she thought would like my work.

I asked my manicurist if she'd consider letting me do a sale at her salon, but she also said no. She doesn't think there's enough room in her shop for such a thing. It's true; her salon is tiny, but I still wanted to ask. Now that I've put the idea in her head, perhaps she'll change her mind at some point.

Meanwhile, I sent e-mails to about a dozen places around the country. I've only heard back from one owner -- she turned me down -- but there are thousands of shops out there. It's a numbers game. I managed to get jewelry into one salon, so I'm confident I can do it again. I just have to keep making better jewelry and putting myself out there. It's very frustrating, but you have to be ready for rejections when attempting to sell any kind of art. I just don't take it personally because a shop owner's main goal is to make money... and if they don't feel like they can make money from me, they're not going to take my stuff. Enough people buy my work that I know it's liked; it's just a matter of finding a place that's the right fit for my style and prices.

This week, I'll write to a dozen more places... and then a dozen more the week after that. I'll keep going until I hear something. I just can't give up.

Check out the rest of my handmade jewelry at Naomi's Designs and MayaGirl Creations. 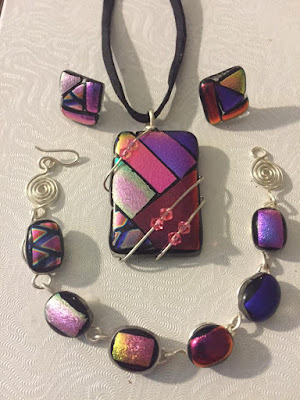 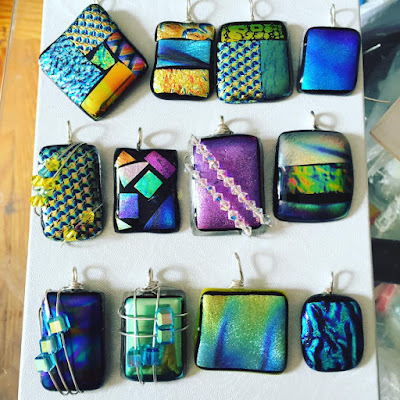 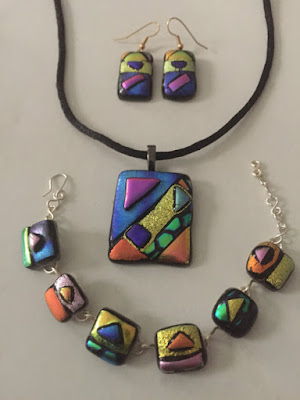