Update On My Handmade Wire Wrapped Jewelry And Some Exciting Non-Jewellery News!

Sorry I've been MIA for a couple of weeks, but things have been crazy since the Y's craft fair. Now that Christmas and Hanukkah are right around the corner, orders are picking up -- and I've been making jewelry for Naomi's Designs and MayaGirl Creations around the clock.

The fair itself went pretty well. I sold two more of my enamel cat Christmas ornaments and made a little bit of money for the Y. Actually, all seven booths on the third floor sold items, so our tiny "club" had a 100 percent sales rate! I'm proud of our group, especially since we were stuck in the nosebleed section. As I said earlier, next year I'll know to sign up for the fair IMMEDIATELY and not wait.

Meantime, I've designed a whole bunch of new wire wrapped and enamel pieces, some of which I will blog about later on. But here is a little preview of my work: 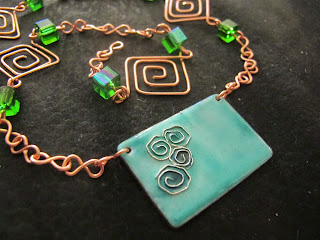 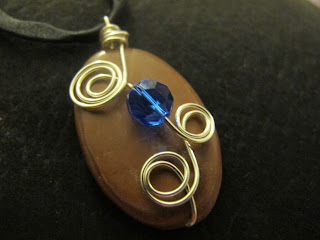 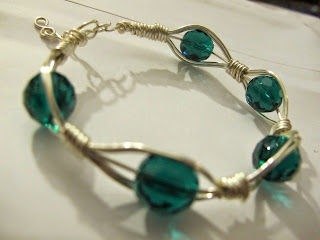 Oh, and here is a photo of my booth from the fair. It's not the best picture or the fanciest arrangement, but you get the idea! 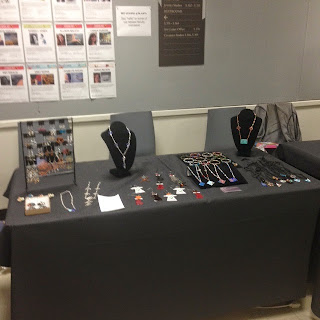 And now for my exciting non-jewelry rated news: As some of you may know, I was a writer before I fell in love with making jewelry. I spent 14 years working as an editor for an entertainment magazine and even published a novel, REVENGE OF A BAND GEEK GONE BAD. It's gotten great reviews and has done, well, okay, in terms of sales, but I figured that was it: It's out and whomever reads it, reads it.

Well, BAND GEEK is now getting a second life! I was recently contacted by an author named Kira Adams, who also wrote a music-themed novel called PIECES OF ME. Kira invited me, as well as authors Shane Morgan (THE RIGHT SONG) and Breigh Forstner (STRAIGHT FROM THE HEART) to combine our work, all of which is tied to music, into an anthology. Our collaboration is appropriately called LOVE NOTES and is currently available for pre-order on Amazon for 99 cents! It's set to debut on February 2, 2015 -- the day before my birthday. 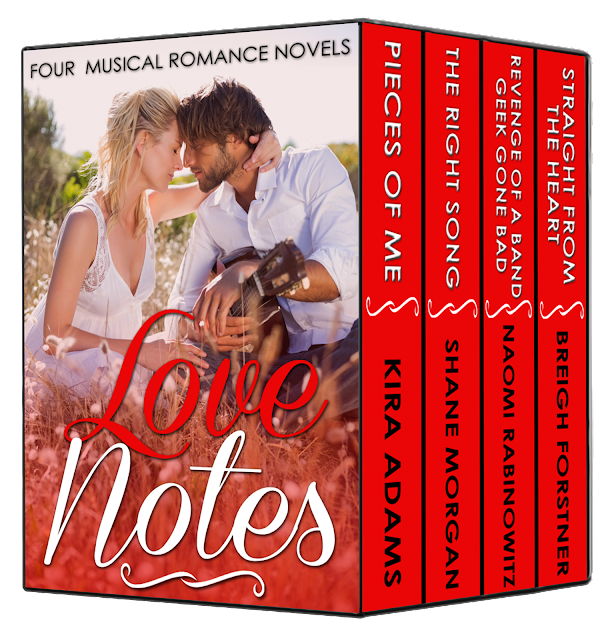 You can learn all about the project at our release day Facebook party! On Feb 2 from 12-4, we will be chatting with fans and giving away prizes. It should be a lot of fun, so please check out and like our FB page and join in. Also, please help spread the word with our Thunderclap.