My Fused Glass Mosaic Is In A Gallery!

It's been a bit more than two years since I started working with fused glass and I'm eager to make bigger and more complex pieces. I LOVE making jewelry and my microwave kilns were a fantastic investment, but I'd really like to create vases, sculptures and larger art forms. Since I still only have my microwave kiln, I've had to get inventive in what I CAN do -- and have designed several fused glass mosaics. My hard work has paid off, though, because my piece, "Winter Frost" is currently on display at a gallery! 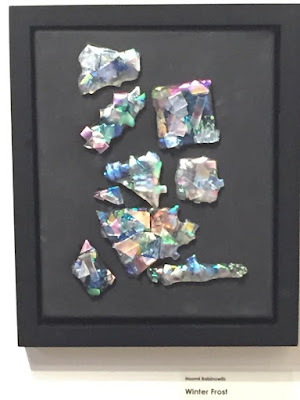 I made this mosaic by using clear dichroic glass, which I layered and fired multiple times. From some angles, the glass appears to be clear, but from other viewpoints, it's very colorful. I was inspired to create the piece when I saw some frost on the ground during a sunrise. I am not usually awake that early, so it captured my attention!

"Winter Frost" is part of an exhibit called "Of Women," which is at the Studio 7 Gallery in Fort Tilden, Rockaway, NY. Fort Tilden, as you may have guessed, was once a military base out in Queens. Many of the buildings are in ruins, but several have been converted into galleries and a theater. The compound is right near the beach and is in the middle of Riis Park. It's isolated, but apparently well known. I've been told the area is packed in the warmer months.

"Of Women" runs through April 8, celebrating Women's History Month. The exhibit isn't so much about women as it is about honoring female artists. True confession: Winter Frost is not my favorite mosaic. It's not the one I would've chosen for this exhibition. But once I saw it hanging on the wall under the large amethyst sculpture, I could see just how it fits in. 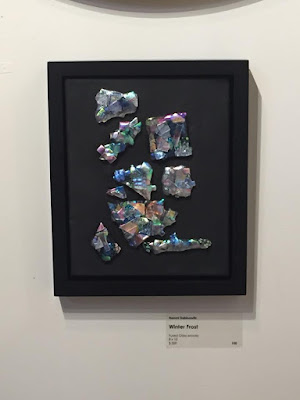 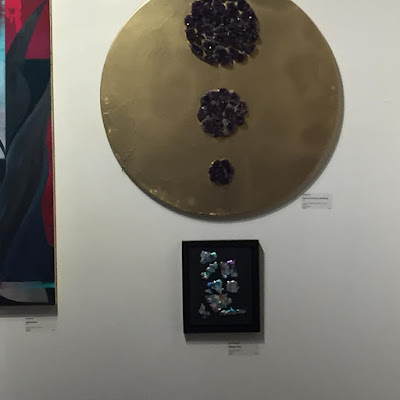 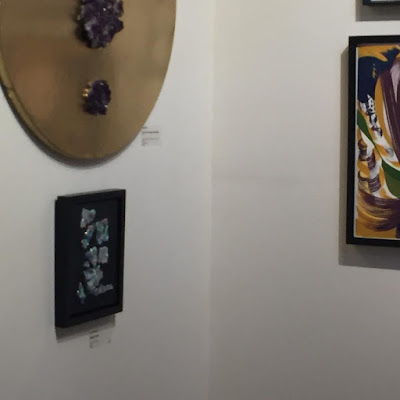 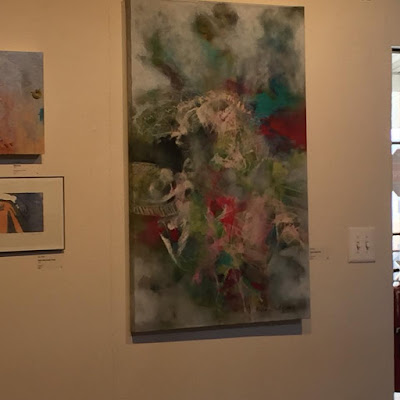 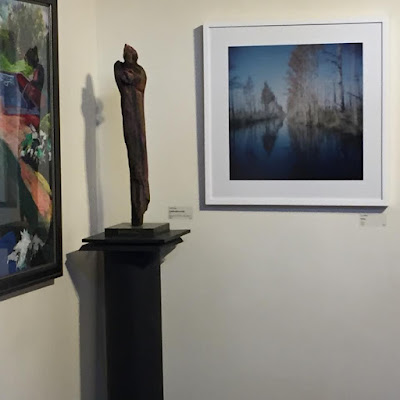 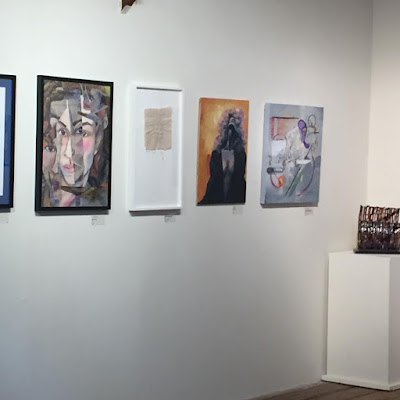 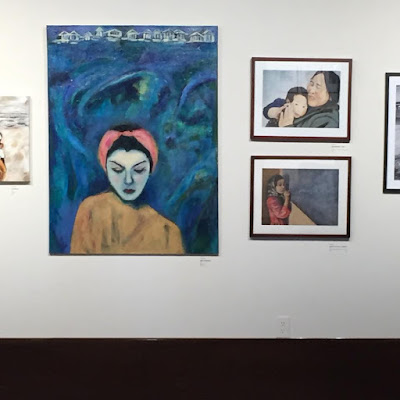 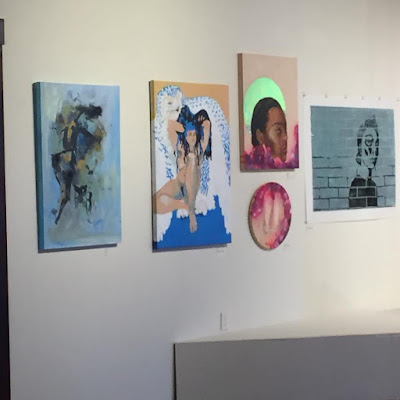 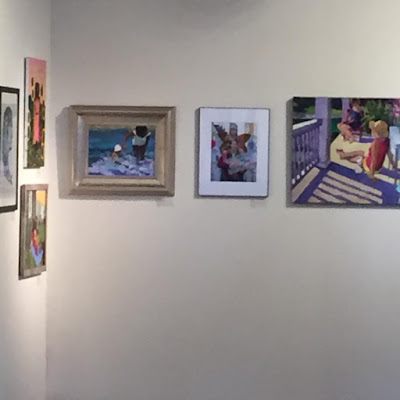 As you can see, Of Women features some very talented artists. The gallery itself is stunning and I still can't quite believe that I'm a part of this thing. I went there on Saturday to do my volunteer shift and really enjoyed looking at the other ladies' masterpieces.

Far Rockaway itself is kind of a pain to get to. It's in Queens and is part of NYC... but it's in the middle of nowhere. I didn't think the middle of nowhere exists in NYC, but it does! My neighborhood has a suburban feel, but we're near the subway, LIRR stop and several bus routes. It's easy to get around and takes 15 minutes to get to Manhattan. Rockaway does have an LIRR stop and subway, but you have to switch trains several times and then take a bus to Fort Tilden. The first time we went there, we took three trains and two buses -- remember, we were just traveling in Queens!. We then discovered that you can take a bus almost all the way back to our area, so that cut down on the travel time. Still, it takes about 90 minutes to commute in our own borough!

Rockaway is also super windy and cold. It's beautiful, though, and I'd love to return in the spring when it's warm enough to walk along the boardwalk. While I was doing my gallery sit, my husband spent several hours crawling around the abandoned military ruins. Yes, this is how Jon entertains himself!

If you're in the NYC area, try to check out Of Women. I have one little piece in the exhibit, but there are many memorable and provocative paintings and sculptures. It's the type of exhibit that will stay with you for a long time.