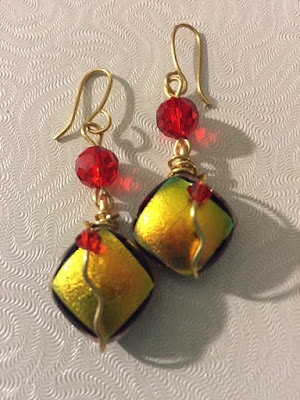 What a great weekend I had ... spent at the cemetery! I've been teaching at Maple Grove for a few months now, but I still get a kick out of saying that.

The weekend began with a 1950s-style tea party, which was held in Maple Grove's main reception hall. I didn't wear a costume (that's me in the black top with the roses), but many of the attendees dressed up in vintage outfits. Some borrowed their mother's clothing or donned outfits that they'd worn back in the day. The woman at my table who is holding up the plate of treats even wore a poodle skirt and an "I Like Ike" pin. She and the other people at my table decided that in my all-black ensemble I could be a beatnik. 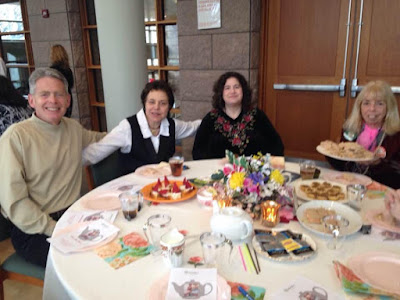 I didn't really know anyone there other than the organizers, so I was a little nervous when I entered the hall. Happily, everyone was very friendly and I had a great time chatting with my table mates. When I mentioned that I teach jewelry there, they were like, "Oh, you're the jewelry lady!" I then ran into a couple of my students who'd forgotten my name and they also referred to me as "The jewelry lady." So I guess that's my new nickname: Jewelry Lady.

I expected to be served some tea and sandwiches, but we were presented with a feast -- most of it made by our organizers Helen, Carl and Celeste. There were, of course, tea sandwiches, as well as cupcakes, muffins, mini tarts, cheese cubes, fresh fruit, little cakes. Everything was delicious and I ate way too much.

We also enjoyed a quartet and singers who performed '50s songs, as well as a history lecture about Volney Chapin Daggett, who is buried in Maple Grove. He perfected cold cream so that it wouldn't turn rancid and had a longer shelf life. He was also the founder of Daggett And Ramsdell, a cosmetic company that still exists.

On Sunday, after I'd recovered from the festivities, I returned to the cemetery so I could teach a class on making fused glass earrings. The group was smaller than usual, but this gave me the chance to teach my students some more advantage glass fusion techniques. One student has been to all of my classes so far and has been dying to make a triple layer piece. I hadn't been able to let her because those pieces take longer to fire and with so many students, kiln time is precious. I was finally able to give her to go-ahead and she was ecstatic.

Though I pre-cut pieces for everyone, I like to give my students a chance to score and cut their own glass. I was pleased to see that this woman was able to successfully cut pieces without any help. She's been paying attention! Her earrings turned out beautifully and she was really pleased. A couple of students even had time to make pendants. 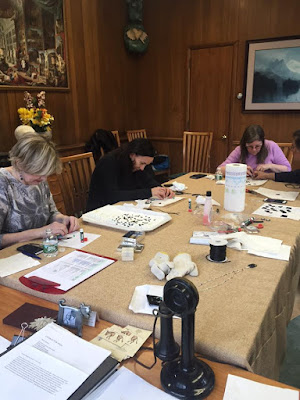 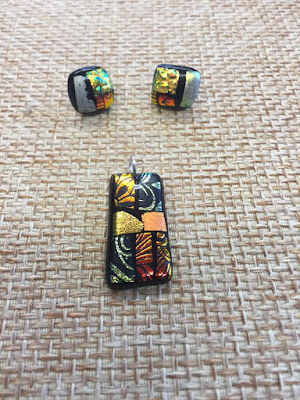 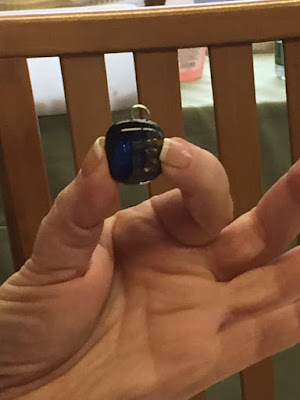 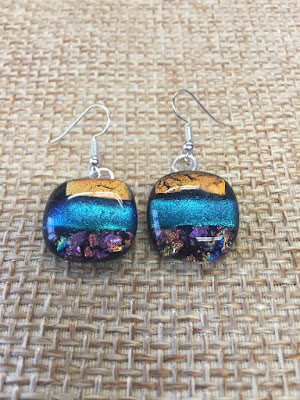 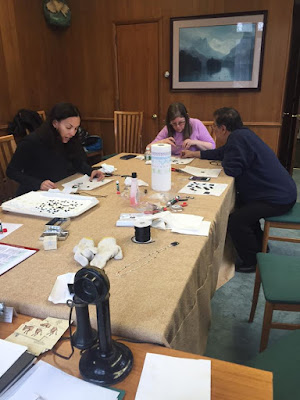 While we waited for the glass to cool, I showed everyone some basic wire wrapping techniques and had them practice making round and square spiral shapes. "It's so much harder than it looks!" said one woman. The above-mentioned regular admitted that the wire frustrates her and she much prefers working with the glass. I understand because soldering was frustrating for me, but I took to enameling right away. I guess certain types of jewelry techniques "speak" to people while others don't. She said that creating glass pieces is "addicting," which makes me so happy. I love working with glass and am thrilled to know that others appreciate this art form.

While we finished our pieces, we chatted and munched on leftovers from the tea party. Technically I was working, but this didn't feel like it at all. It was more like I was hanging out and making crafts with friends. Having large groups of students is fun, but I really enjoyed getting to know the others in this intimate group. Some say that you should aim to find a way to get paid doing the thing you love. That's exactly what I'm doing and this cemetery class is one of the best "jobs" I've ever had.

Check out my handmade jewelry at Naomi's Designs and MayaGirl Creations.