A Visit To Portugal and Switzerland: Getting jewelry making inspiration 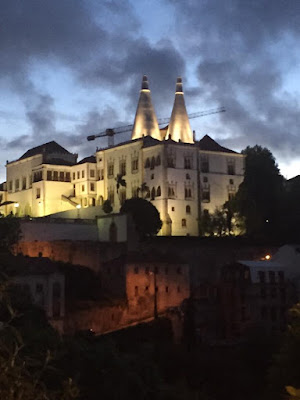 Wow! April and early May were quite busy for me -- though in the best possible way. After participating in the Reader's Studio convention, I had a few days off before Jon and I took our trip to Europe. Now that I'm back, I'm happy to have some time to do what I enjoy most: making jewelry.

But first, a little about Portugal and Switzerland: both countries are absolutely gorgeous and I encourage you to visit at some point in your lives. I hadn't been to either one and loved both. Zurich is a very comfortable city and we spent a lot of time in the old section. I especially liked seeing the Medieval buildings and colorful shutters. The city looked as if it were out of a fairy tale, even in the rain. 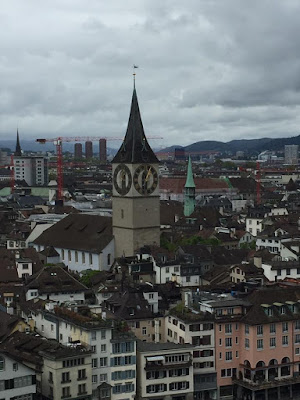 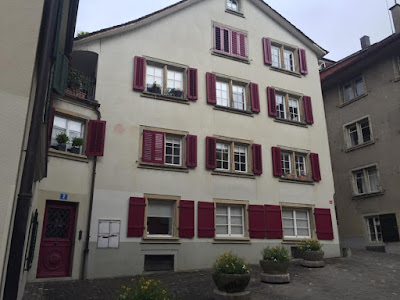 Lisbon was brighter and more energetic, almost to the point of being chaotic. It's one of the hilliest places I've visited, even topping San Francisco. Though you can take a cab, trolley or tuk-tuk to get to the various sights -- all of which are on top of mountains -- we walked everywhere. The streets in the old city are winding, narrow and paved with busted and broken cobblestones. They're barely a person-width, but somehow cars manage to fit through. So you're climbing steep hills while trying not to break an ankle... and dodging cars. It was insane! Still, I had a great time exploring and was blown away by the city views and glimpses of the tiled buildings. The tiles -- called "Azulejos" -- are unlike anything I've ever seen in my various travels. 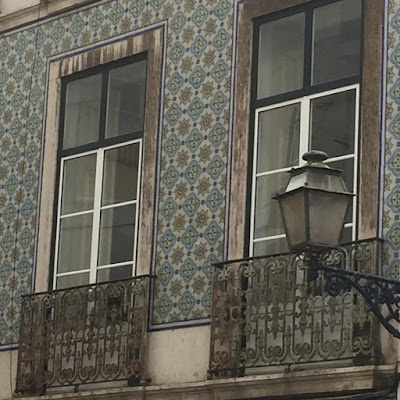 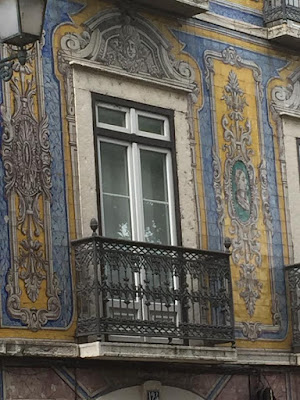 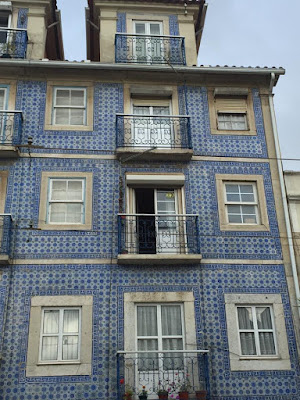 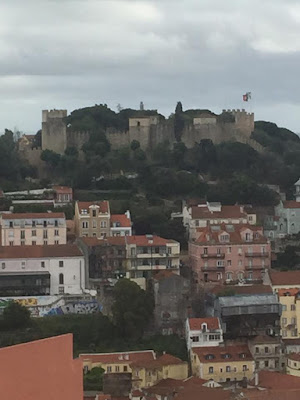 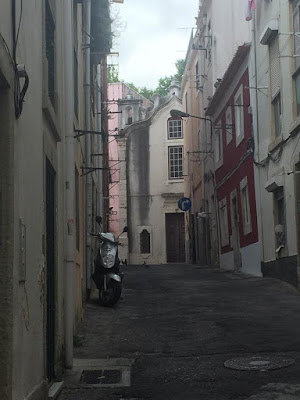 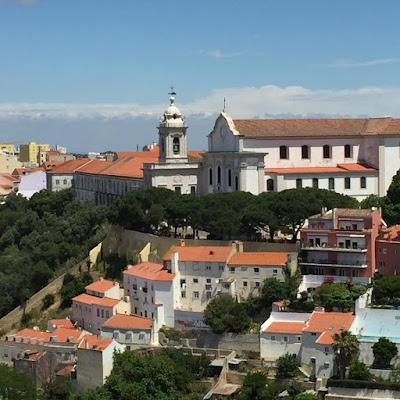 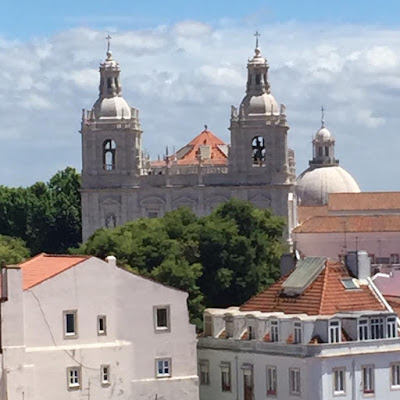 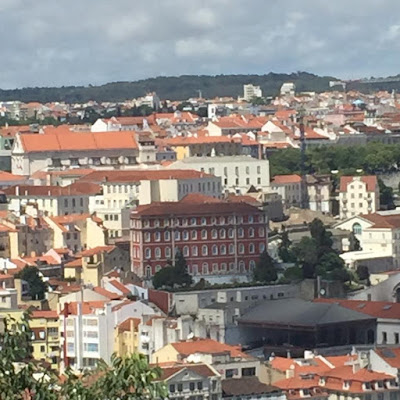 However, Jon and I agree that our favorite place was Sintra, which is a small town about an hour out of Lisbon. It's filled with castles and palaces, all painted in crazy colors. At times, it felt as if we were in a dream or on another planet. There, we hiked a 1378-foot mountain to a castle... where we climbed another 202 steps to reach the top of the highest turret. I wanted this trip to kick my ass in terms of fitness because I really need to lose some of the weight I've gained back over the last few months. It did the job! I haven't climbed and walked so much in a long time and while it was challenging, I'm glad I pushed myself. Plus, I got to see all of this! 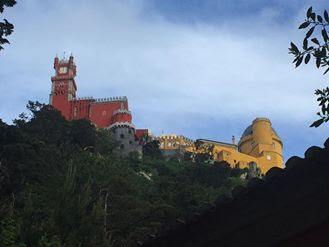 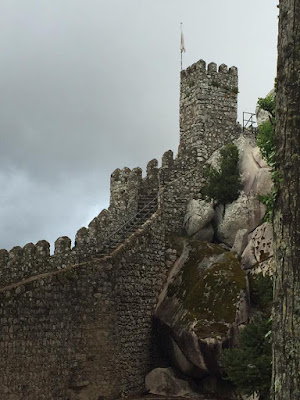 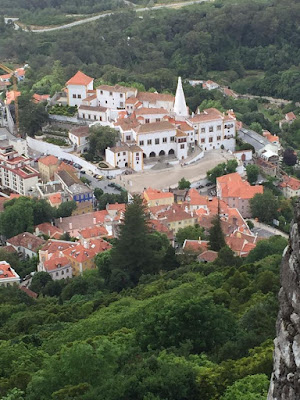 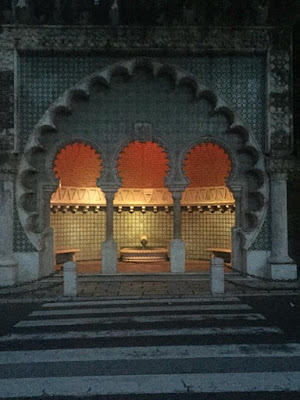 Sintra's palaces were, of course, a prime spot to see the tiles. I was so inspired by the beauty of the azulejos that I've decided to somehow incorporate the idea of them into my jewelry. I purchased an azulejo-style bracelet, which contains a print-out of a tile design under glass. I'd like to make my own version of this type of bracelet, working it into a wire wrapped design. I'd also like to create some fused glass azulejo art. We stopped at the National Tile Museum, which gave me some thoughts on how I can etch a geometric tile design.

Our final stop was in Geneva, Switzerland. We only spent a day here, but we still managed to find plenty to do. We wandered around the lake, visited the botanical garden and took a trolley up to the top of Mont Saleve. The mountain is actually just over the French border, so we got in a third country on this trip. What's interesting is that we simply walked into France without having to get our passports checked. It was as simple as walking from NY to NJ. I spent a month in France in 1983, but the only other time Jon has been to this country was in 2002 when we took a day trip to Paris from London. So we really need to actually visit France on its own so that Jon can log more than a mere 15 hours there. 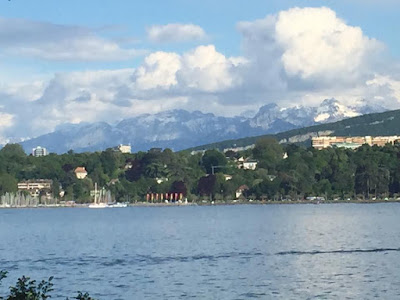 Though I'm an avid traveler, this is the first time in a few years that I went overseas. With everything going on in the world and in the USA in particular, I've been nervous about leaving the country. Happily, all went well and we had a safe and fun trip.

Taking this trip reminded me how much travel inspires me, both in my personal life and as an artist. Now that my travel bug has returned, I hope to see many more beautiful places.